For Cinnamon lovers and the love of Cooking

I count myself a fortunate individual.  And anyone who knows me knows that I am very much an individual.  I believe in not only doing things right, but more importantly…to do the right thing.  We are often faced with the task of choosing between doing what is right and doing what is easy.  This is a constant choice we make everyday and is nowhere more important than in parenting.  We know all the basic rules:  honesty, kindness and hard work to name a few.  But all too often we wait too long to teach and more importantly, to demonstrate, the value of basic life skills. 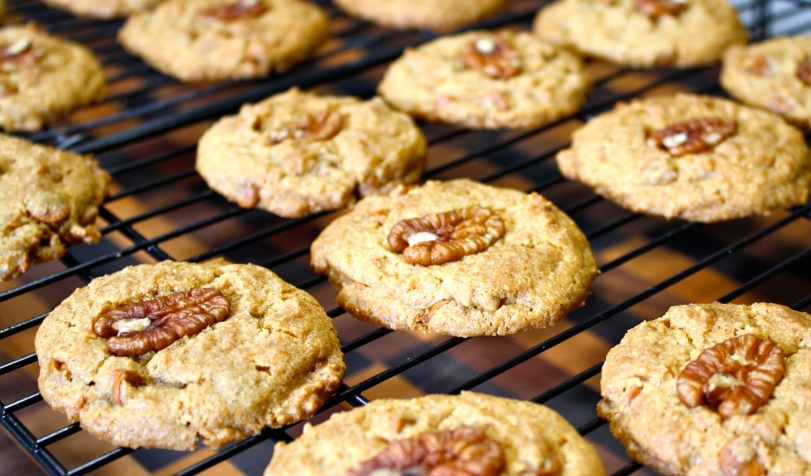 Cooking is a life skill beyond all others in my mind.  It will affect them their entire life: health, economics, attitude, and self worth.  What we eat or more importantly, choose to eat says a lot about who we are and what we value.  So it is very important to start involving your kids in the kitchen when they are young.  My youngest sat on the counter when he was first learning (3 yrs).

Our favorite story is one when I’m making waffles (I think).  I had mixed the wet ingredients and Aidan was turning the mixer on and off for me (he loved it).  I had just put in the dry ingredients and told him to turn it on again, but had forgot to show him how to turn in on slowly.  He shouted “GO!” and turned the mixer full on!  Flour exploded into the air and the whole kitchen was a fog!  We never laughed so hard and to this day that story will bring many smiles to all of us!  I know I had to clean it up, but I don’t remember that part….just “GO!” sticks in my head.  He certainly knows (now) not to turn on the mixer to full on.

We have made many dishes and desserts over the years and I rejoice in seeing him comfortable and in his own element while in the kitchen.  I know that he will eat well and will continue to expand his knowledge of food and cooking techniques.  He even took a culinary class in high school knowing he had no intention in going into the food service industry.  He just wanted to learn more about food.  He even taught me a few things!

Aidan has a love of cinnamon like none I’ve ever known.  I remember once he decided to make cinnamon yogurt.  He took some vanilla yogurt and added so much cinnamon it was dark brown.  I did taste it, but he absolutely loved it!  And he was so proud it was funny.  The yogurt was many years ago, but his love of cinnamon remains.  His taste buds have grown up and his skills in the kitchen are almost as good as mine…that will come with time and practice. 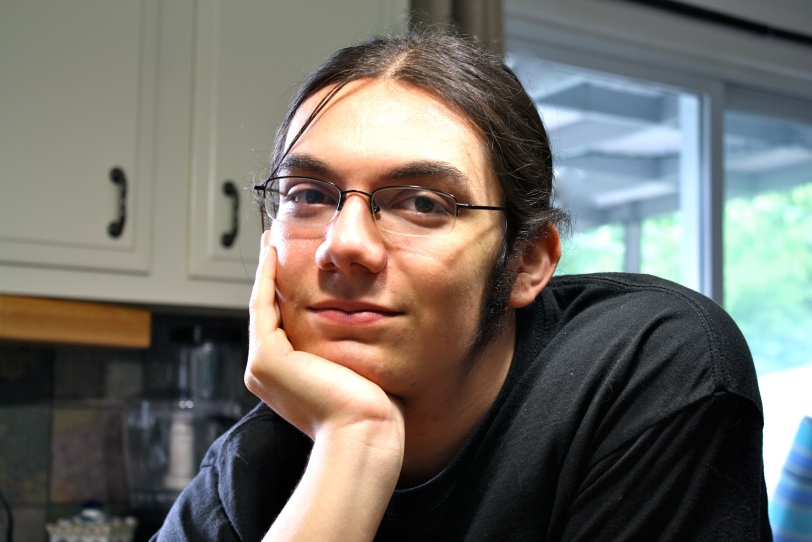 This recipe is his.  A very nice cookie that shows off cinnamon at it’s finest.  The cookie is crisp on the outside, but with a tender interior.  The cinnamon sings, but not too loudly and has just the right amount of sweetness.  I came home from work to find the house filled with their wonderful aroma.

1 cup vegetable shortening (do not use butter)

In a medium bowl, combine all dry ingredients except cinnamon chips and pecans.  Set aside.

In your mixer’s bowl, combine sugar, molasses and shortening.  Beat until well mixed and fluffy.  Add egg and vanilla and mix again.  Add dry ingredients slowly with your mixer set to low (GO!).  Once incorporated, add cinnamon chips and beat until combined.

Place one inch diameter scoops of dough onto baking sheets lined with parchment paper or silicone mats, spacing cookies about 2 inches. Press a pecan half into the top of each cookie.  Bake for 9-11 minutes until golden.  Remove from oven and let cool for 5 minutes on sheet.  Remove to cooling rack and allow to cool completely before storing.  Enjoy cooking with your family!

5 thoughts on “For Cinnamon lovers and the love of Cooking”