A Cookie that breaks all the rules-from a baker who didn’t know them.

Every once in a while, some of us are lucky enough to witness something we didn’t think possible.  This past Sunday was such a day for me.  Now I know that what I’m talking about isn’t something massively profound as discovering a cure for a disease or setting a new speed record, but it was still something I had never seen done before.  It was also something that I myself would have never tried to do.

Why?  Because I have learned what I thought were the “rules” for baking, cookies in particular.  All recipes need a certain amount of sugar and fat to taste good.  If you don’t use them, you have to “replace” them with something the acts like them or the flavor and texture will suffer greatly.  I guess I should be very happy that I hadn’t explained the rules to my teenage son, Aidan.

Aidan has already become a better cook at age 15 than most people will ever be as adults.  He has a desire to explore food and it’s flavors and see what is possible.  He has watched me change recipes for many years and has taken this idea and “built his own path”. 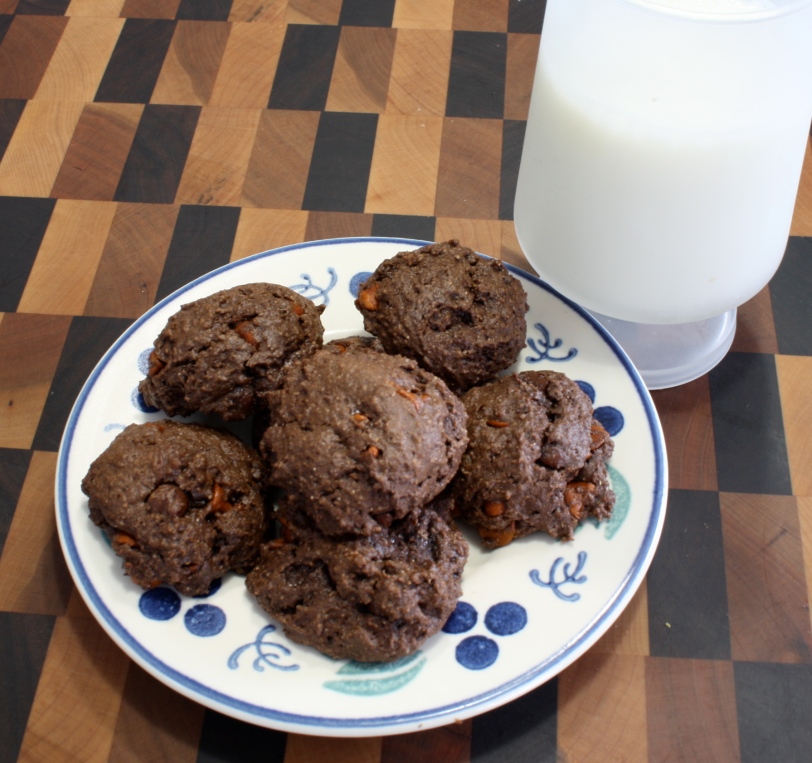 I have a working knowledge from experience with food that I have used as my rule book, but I hadn’t really exposed him to the limitations that I thought existed.  Thank goodness I didn’t.

I came home from work on Sunday to the wonderful aroma of chocolate.  Aidan had decided to make cookies; this is not a new activity for him.  I tried one and they were light, very chocolatey and were slightly sweet the way that dark chocolate’s sweetness is less than its milk chocolate counterpart.  So I asked him how he had made these.  The answer was completely unexpected.

We hadn’t had any cookies in the house for a few weeks.  The weather has refused to relent and let spring set up shop, so to speak. Aidan was bored, so into the kitchen he went to make cookies.  He loves chocolate and cinnamon together and looked on the internet for a new recipe.  He found one he liked and immediately changed it (just like his mom).  But unlike me, he took his changes to a new extreme.  He cut the amount of butter in half, with no replacement.  He also cut the sugar by more than half, again with no replacement or artificial sweeteners.  I would have never encouraged this, thinking he would have met with complete failure, or at best made very sad excuse for a cookie.  I was wrong and nothing makes him happier than when he can show his mother that she is wrong….and this time, his mother is happy about it!